Knighted for services to PR? 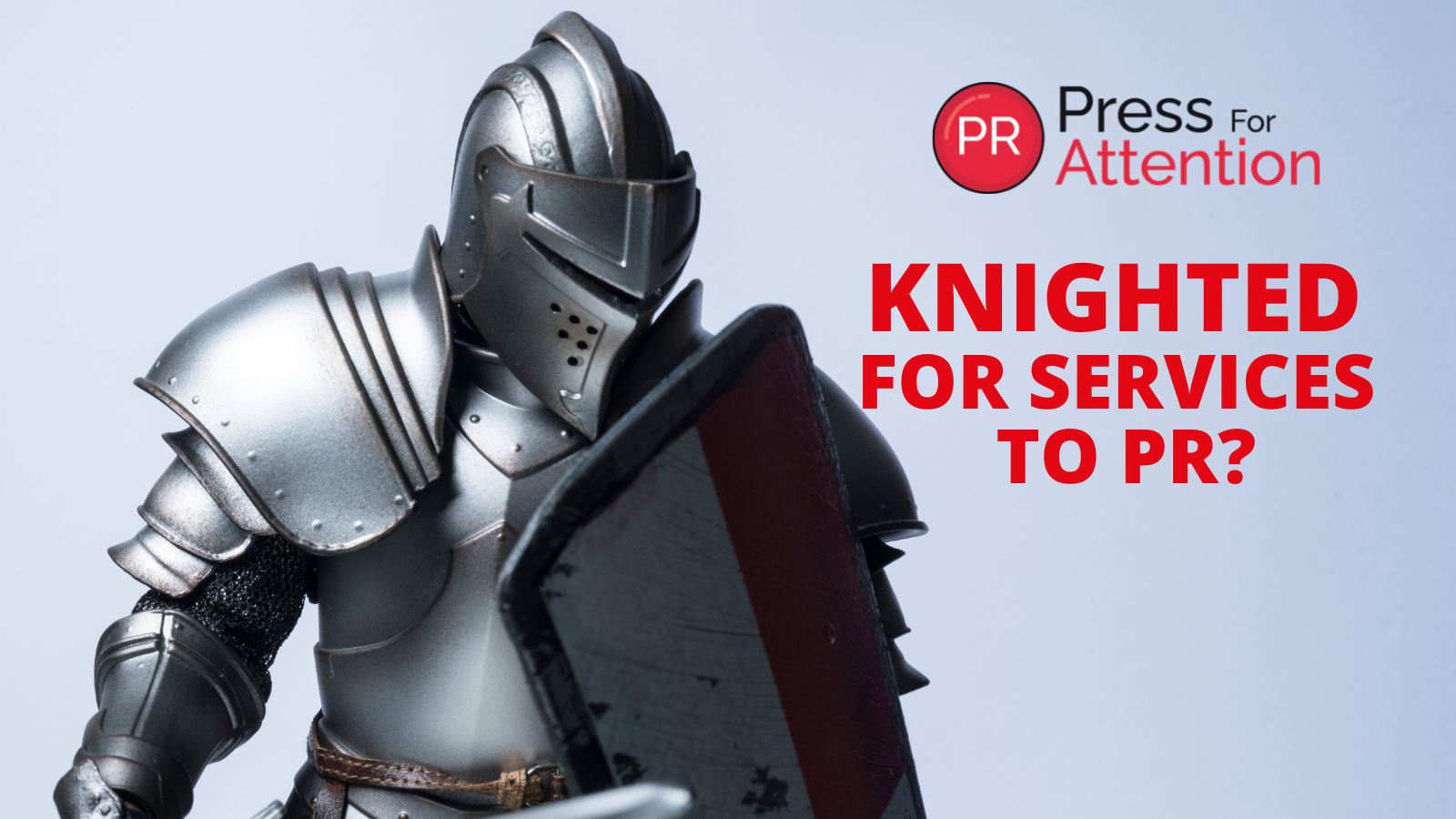 Imagine my excitement last month when as a scholar of Arthurian romance (yep, that was part
of my degree along with Philosophy) I was invited to join a Round Table.

I could picture the scene, stone-flagged corridors leading to a sacred meeting space.

Sconces on the wall (cream before jam?), a fire flickering in the grate, big shaggy dogs lounging
under the table, biding their time for a morsel from the great feast.

Or maybe HRH had seen fit to include me in her latest batch of folk that deserve a polite nod
and a “so what do you do then?”

“Never an easy one to explain your majesty but ultimately, I help to tell stories.”

You see, that is what I am doing now.

Spoiler alert but it turns out that far from being brought into the inner circle of a folkloric warrior
British king or indeed the great and good of this fair realm for my services to Public Relations
and Marketing, I was being invited to a panel discussion.

Not just any discussion I might add, one on the very FUTURE of my industry.

I swiftly sent a raven to accept and awaited the day with much anticipation.
Afterall, when a reporter asks you to appear on a panel they must rate you as a serious onion-
knower of your subject.

The event was fascinating, with a lot of great points being made by my peers and competition
here in the east midlands but what happened after was just as interesting.

The reporter wrote up the event, tagging us all on social media.

I joined in, thanking him and the sponsor for the opportunity and also tagging many of the other
participants.

Funnily enough…not many others did.

I think it was far simpler.

I think it was actually fear.

Fear that if they flagged the report, then their current clients might discover that there are
OTHER suppliers of PR out there.

Fear that if they drew attention to it, their prospects might veer away and consider the likes of
me!

The thing is, it sends out all the wrong messages.

It says, “I won’t share this because I’m worried about you.”

It says they don’t back themselves.

Now if they DID share it, it actually says “I will share this because I’m that DARN good I was
asked to be on this important panel AND I’m confident that clients won’t flee the scene if
they discover a competitor.”

NEWSFLASH – your clients already likely know your competition, especially on the
local/regional scene.

Yes, they MIGHT bugger off but if they are that easily swayed are you doing that good of a job?

Do you actually want them to stay if they are that fickle?

So next time you are invited to something like this, don’t worry about the risk, think of the
reward.

PS you can find the write up HERE – warning, contains traces of my competitors but guess who
gave them the headline 😉

PrevPreviousNo-shows at business awards – just NOT cricket
NextWinsday – contains traces of the C-wordNext
We use cookies to ensure that we give you the best experience on our website. If you continue to use this site we will assume that you Find out more.